The Truth About Negative Calorie Foods 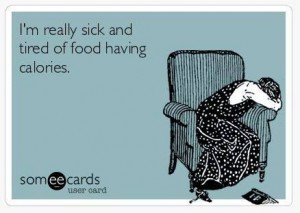 By David Greenwalt
If you’ve ever searched for weight loss miracles you’ve undoubtedly found a website or fifty touting the miracle of the negative-calorie-food diet.
The most common “negative-calorie” food touted is celery. A stalk of celery is about six calories. The miracle pitch is that the calories it takes to chew it and digest it are about nine calories. Hence, the six-calorie celery ends up being a negative-calorie food because nine (the calories purported to digest it) is greater than six.
Ah, the legend of “negative calorie foods” continues the long tradition of folklore fixes for weight loss.
Mathematically? I haven’t found any credible source that back ups the claim that you burn more calories eating and digesting celery than that which celery provides.
What is known, proveable and is scientific is what is called the thermic effect of food (TEF). Through TEF the body uses energy (calories) to digest food. This equals about 5-10 percent of calories consumed.
About 3% of fat calories consumed are used to digest it. About 7% of carb calories consumed are used to digest it. About 25% of protein calories consumed are used to digest it. A calorie truly is NOT a calorie. Protein does provide a greater TEF than either carbs or fats. But did you see anywhere that I mentioned that fats, carbs or proteins have a TEF of 105%? Uh, no.
What you’ll find if you scour the NET is eventually common sense prevails. Even IF celery WAS a negative-calorie food no one eats JUST celery and if someone was hoping for the extra “calorie burn” from eating celery to burn off one pound of stored body fat? Good luck — even with the folklore versions where they state you burn an additional 6 calories MORE to digest it than a stalk of celery contains you’d have to eat over 500 stalks to burn off an additional one pound of stored body fat (a pound of stored body fat has roughly 3500 kcals in it)
That said, almost everyone could use a few more fruits and vegetables in their daily regimen, and choosing a wide variety among those with fewer calories isn’t a bad idea if you’re trying to lose weight. Opting for a piece of fruit or a plate of vegetables instead of snacking on nachos and cheese certainly will help you toward your weight-loss goal. But it’s not because they have “negative calories.” It’s because of the standard, simplistic fact they contain fewer calories than you might otherwise eat and then a BUNCH of reasons the common “experts” don’t talk about relating to food addiction, food allergies and much more — well beyond the focus of this short article on negative-calorie foods.