You're Weight Loss is Stalled Because You're Not Eating Enough? – Setting the Record Straight 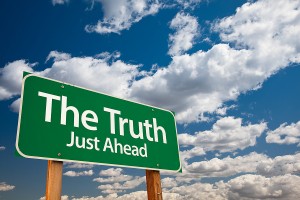 by David Greenwalt
Should you eat more to lose weight?
You hear it all the time now. “The reason you’re not losing weight is you aren’t eating enough.”
Is it true? If your weight loss has stalled is it because you’re not eating enough? No, it’s not true. There are many other factors, scientifically based, which accurately explain stalls in weight loss including but in no way limited to:
– decreases in resting energy expenditure,
– exercise expenditure,
– non-exercise energy expenditure,
– the thermic effect of food and
– poor dietary adherence.

Breaking Down the Science of the Stall

These are the main culprits for plateaus in weight loss that others would have you believe are “caused by not eating enough”.
Let’s break it down and make some sense of it.
The first law of thermodynamics, also known as Law of Conservation of Energy, states that energy can neither be created nor destroyed; energy can only be transferred or changed from one form to another.
From this physics lesson, we obtain an important concept related to weight loss, which is the energy balance equation.
Simply put, calories in = calories out.
No matter what certain so-called experts on the internet may tell you, the fact is that when you are in an energy deficit you will lose weight. Obviously the weight loss can be shifted more towards fat or muscle, this depends on several factors such as training, age, gender, hormones, protein intake etc.
Similarly, when you are in a surplus, you will gain weight.
Nobody’s body defies the laws of physics at a basic level. It is the complexity of the “energy in” and “energy out” determinants that are misunderstood and that get overlooked. This leads to misinformation and miscalculations (e.g., unreliable food tracking and other reporting issues) which in turn, makes people believe the first law of thermodynamics is incorrect.

The Calories Out Side

On the “calories out” side of things an individual’s total daily energy expenditure (TDEE) is comprised of a number of distinct components.
One component, resting energy expenditure (REE), refers to the basal metabolic rate (BMR), or amount of calories used to sustain the body’s functioning if someone were completely at rest for the duration of the day. The BMR accounts for approximately 60-70% of TDEE.
Another component that plays a role in the drop in TDEE is reduced exercise activity thermogenesis (EAT), which accounts for about 5% of TDEE. Simply, this is the amount of calories that you burn doing exercise, whether it is weight lifting, cardiovascular training, or just playing a recreational sport.
Weight loss has been shown to reduce the amount of calories you burn during your exercise sessions In other words, the smaller you are the less energy you’ll burn during your activity. Interestingly, the body becomes more efficient with higher workloads and your body can complete work with less energy output.
Another component that accounts for roughly 15% of TDEE is non-exercise activity thermogenesis (NEAT), or energy expended during “non-exercise” movement such as fidgeting or normal daily activities like walking. NEAT also decreases when you are in a caloric deficit.
Evidence suggests that spontaneous physical activity is decreased in energy restricted subjects, and may remain suppressed for some time after subjects return to regular eating patterns. You are less likely to want to do a lot more regular, non-exercise activity if you are losing weight.
Finally, the last component of TDEE is the thermic effect of food, which accounts for about 10% of TDEE. Simply, it is the amount of energy expended through the whole process of eating, digesting, and storing nutrients from food. When you are eating less calories, the amount of calories burned is reduced too.

The Calories In Side

On the “calories in” side of things we’ve got a HUGE elephant in the room that must be addressed – poor dietary adherence.
In response to constrained eating (i.e., when you’re not eating like you were while overweight) off-plan and binge eating tendencies are more likely to occur.
Despite pinky swears to the contrary and use of apps to log dietary intake, the body keeps a perfect record of what is eaten whether you log it or not. You haven’t lost weight in three weeks? The likely culprit? Poor dietary adherence.

For programs that propose refeeds and cheat meals? (LL University doesn’t propose refeeds and we call planned indulgences SPLURGE MEALS as there’s nothing wrong with them and you aren’t CHEATING when you have them) Refeeds and “cheat meals” often become “days” of excessive calorie intake through off-plan eating and drinking and disinhibition around food.
So, even though you may be in a deficit for six of the seven days in a week, you could be ruining your progression by turning one proposed splurge meal into an entire day of splurges OR by having an off-plan mini-splurge multiple days a week.
Plateaus in weight loss are NOT caused by eating too little (although we do NOT recommend very-low-calorie diets). Instead your plateau can be explained by science.

Weight status is dictated first and foremost by energy balance. Both sides of the equation need to be evaluated when trying to understand a weight-loss stall. Weight loss plateaus have less to do with metabolic adaptations and more to do with an intermittent lack of dietary adherence.