Which Foods May Be Addictive? The Roles of Processing, Fat Content, and Glycemic Load 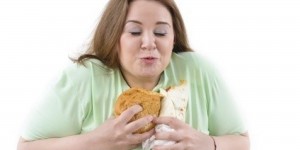 According to research published in PLOS ONE, Pizza, French fries and ice cream may be the kinds of fake foods many of us love to indulge in after a night of drinking. But research earlier this year suggests we can actually have benders on these food-like-substances all by themselves, and it may even be a sign of an addiction.
Can we be addicted to food? No, or it’s SO rare it wouldn’t register on any research-based survey or test. But it’s VERY important that you know what FOOD is so you don’t remain as confused as the researchers and media.
First, what’s food and what’s anything else we consume by mouth called?
FOOD

Everything else is a food-like-substance (FLS).
See my article Beyond Sugar, Salt and Fat – They’re ALL Wrong for a more detailed explanation on the subject of food-like-substances and endocrine disruptors.
In this article originally sourced from CNN I will use food-like-substance (FLS) when referring to all things that AREN’T food and I’ll simply use FOOD if it’s, well, FOOD! This is an important distinct researchers and the media don’t do – but should. It would remove SO much confusion over whether we can be addicted to edible and drinkable substances.
Researchers have wondered whether we can become addicted to food for more than a century. There have been reports of people losing control over how much they eat, and experiencing withdrawal when they are cut off, just like with drug and alcohol addiction (yep, but only with FLS, not food). By now, many agree that FLS addiction can be a real problem for at least some types of FLS.
For the first time, a team of researchers looked at exactly which types of FLS could be the most addictive. They asked a group of 120 undergraduates at the University of Michigan, and another group of nearly 400 adults, about 35 different types of food — from pizza to broccoli (pizza is a FLS and broccoli is a FOOD) — and whether they think they could have problems controlling how much they ate of each one. Eighteen of the items were processed FLS (saying processed FLS is like saying “dark night” – any FLS is processed), meaning they contained added sugars and fats.
Topping the list were pizza, chocolate, chips, cookies, ice cream, French fries, cake and soda, all considered processed FLS. They were followed by cheese and bacon — both unprocessed FLS (not true that cheese and bacon aren’t processed – of COURSE they are processed), but high in fat and salt.
Fruits and vegetables (strawberries, carrots and broccoli, for example) – ALL FOODS – were at the bottom of the list.
“In a similar manner that drugs are processed to increase their addictive potential, this study provides insight that highly processed FLS may be intentionally manufactured to be particularly rewarding through the addition of fat and refined carbohydrates, like white flour and sugar,” said Erica Schulte, graduate student of psychology at the University of Michigan and lead author of the study, which was published in February in PLOS One.
The researchers found that the most problematic FLS tended to be those with a high glycemic load, meaning they contained a lot of sugar and caused a spike in blood sugar. The authors wrote that these qualities could make FLS more difficult to stop eating in a similar way as drugs that are highly concentrated and rapidly absorbed into the body are more addictive.
The researchers also found that, among the adults in their study, those with a high BMI and those who were at risk of having any kind of FLS addiction were most likely to have difficulty controlling themselves around a particular FLS item.
The researchers assessed FLS addiction risk using the Yale Food Addiction Scale, which was developed by the study’s lead author, Ashley N. Gearhardt.
Although not all FLS have the potential to be addictive, “it is critical to understand which ones do,” said Mike Robinson, assistant professor of psychology, neuroscience and behavior at Wesleyan University, who was not involved in the current study.
“We are all pressed for time, and FLS is becoming more and more available,” but we need to think about what we are grabbing on the go, Robinson said. Although a handful of almonds (food) and a milkshake (FLS) might have the same number of calories, they will have a different effects on your brain and your reward system, and you will be much more likely to go back to get more of the milkshake (of course, it’s a FLS), he added.
Related: Americans are cutting calories, but far from eating healthy
Many of the symptoms of FLS addiction look like drug addiction, including that people need more and more of the FLS item to get the same effect. They also accept negative consequences to obtain it and feel the anxiety or agitation of withdrawal when they can’t have it. Although FLS withdrawal is not as intense as heroin withdrawal, neither is cocaine withdrawal. “It varies by the drug,” Robinson said.
Just like any addiction, the first step to recovery is to acknowledge there is a problem, Robinson said. “I think in the majority of cases when we have a problem with a substance, whether it’s a FLS or drug…we will ignore it,” he said.
Robinson suggests avoiding foods if you have trouble controlling how much of them you eat. “We are not in a situation where we will have dietary deficiencies (and) whenever possible we should be aiming to cook foods for ourselves,” he said.
===============
David Says: Not everyone obese is addicted to FLS – only 95%. At Leanness Lifestyle University I specialize in helping my students cut through the clutter, demystifying food from FLS and helping our compulsive overeaters become food sober AND take control of their physical and emotional lives permanently. Hint: The answer isn’t a five word diet. It’s comprehensive and starts with our 18-week course called Lifestyle 180.