Does Your Judgment or Admiration of Others Impact Your Weight, Exercise and Alcohol Consumption? 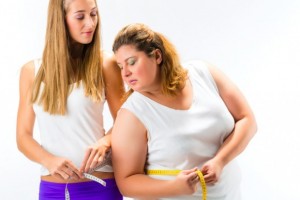 by David Greenwalt
Recent advances in biomedical and social research are exploring the concept that environment of the person in which he lives and works play an important role in behaviours towards health.
Studies have shown that people’s perception regarding their weight is influenced by their social circle and people make an opinion about their own weight, comparing it to the weight of the people around them. Many confess that they started to diet because they felt that they were heavier than their friends.
The upward trend in national obesity rates have partially been explained by the fact that as others have also become fatter the way we see ourselves, as less than, greater than, or fitting in, has changed. More people overweight now see themselves as being at a healthy weight.
A team of researchers lead by Holly B. Shakya explored the theory that how a person sees oneself in comparison with their social contacts can predict their behavior regarding weight loss including dieting, exercising, and reducing alcohol.
Shakya’s research team developed a social network survey instrument and collected data from more than 20,000 individuals, already participating in Gallup’s ongoing survey in American households.
Participants of the study were asked about whether or not they had (a) undergone a weight-loss diet (b) reduced alcohol consumption, or (c) exercised regularly (at least three times a week), in the last 3 months.
Results of the study showed that more than half of the respondents (52%) reported exercising in the last three months, 29% admitted going on a diet in recent months with the least popular weight loss behavior being a reduction in alcohol consumption (16%).
Study results further revealed that the people who think they are thinner and fitter than their friends (researchers refer to this as “downward social comparison”) were 1.16 times less likely to go on a diet.
And people who think they are fatter and less fit than their friends (“upward social comparison”) were more likely to diet and reduce their consumption of alcohol but NOT exercise more. An interesting finding was that self-perceived fitness was an even stronger predictor for reducing alcohol use. Those who felt fitter than their friends were 1.10 times more likely to reduce alcohol consumption.
Similarly, the decision of the participants to exercise was more strongly predicted by how fit they felt. Participants who saw themselves fitter were 1.18 times more likely to exercise.

In conclusion, through something called “the boomerang effect”, people who experience upward social comparison (they look at their social contacts as “better” than them) are more likely to diet and reduce alcohol consumption but NOT increase exercise. People who experience downward social comparison (they think they are better or more fit than their social contacts) aren’t more likely to diet, however, they are more likely to exercise or reduce alcohol consumption.
Source:
Holly B. Shakya, Nicholas A. Christakis, and James H. Fowler. Self-Comparisons as Motivators for Healthy Behavior. Obesity (2015) 23, 2477–2484. doi:10.1002/oby.21201