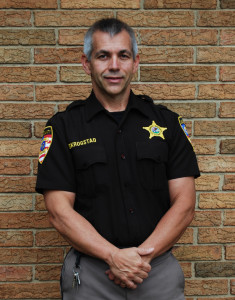 Husband, Father and Lee County Correction’s Officer Jack Skrogstad shares how he lost 85 pounds, improved his blood pressure, his relationship with his wife, his softball skills and even the ability to tie his own shoes!
In this 34-minute interview Jack discusses how, between the ages of 24 and 48, he went from 170 pounds to a peak of 255 pounds. He was hypertensive, had a 42-inch waist, wore 2x shirts, hated the way he looked, felt he was cheating his wife out of the man she married and says he literally had to hold is breath and tie his shoes quickly because of his belly. 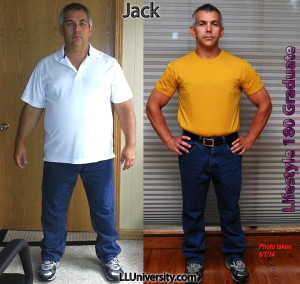 Jack had participated loosely in Leanness Lifestyle University a few years ago through a partnership between his church and employer but, as he says in the interview, in July of 2013 he, for the first time, really embraced the educational components and committed to the Lifestyle180 course.
Jack graduated from Lifestyle180, losing nearly 60 pounds and then continued in the next evolution beyond Lifestyle180 as well. In all Jack lost 85 pounds going from 255 to 170, a weight he’s been maintaining for the past four months. Jack lost the weight in spite of working two jobs (57 hours a week) and being lured by the aroma of the McDonald’s food he had to serve the inmates on a daily basis. 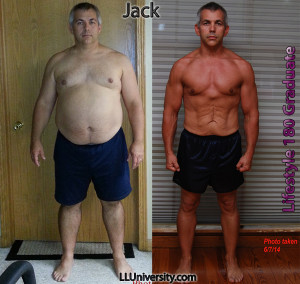 An avid softball player Jack says it’s so much easier now to pick up a ground ball, run bases and he recently turned a double into a triple and had an inside-the-park homerun! He feels more honorable in being the man his wife married, his blood pressure is normalized and it’s no longer a race or a challenge to tie his shoes.
Jack reiterates what he’s been taught when people ask what he did to lose so much weight. He tells them it’s 80% nutrition and you have to have a strong WHY but don’t think doing just those two things is the best approach. Jack is quick to state that having the accountability along with the support and education of Lifestyle180 are important, especially in the beginning, for people who have struggled to lose the weight and keep it off.
I hope you enjoy this no-nonsense, straightforward, yet inspirational interview.