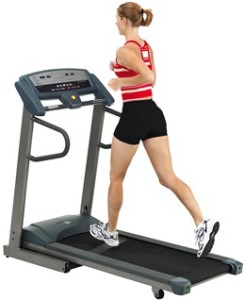 I’ve got no problem with metabolic training for fat loss. I’ve got no problem in saying metabolic training, when done with trainers like the Cosgroves, will get more accomplished in less time than most people would otherwise do on their own. But you know what? Not everyone wants the absolute, most ass-kicking intense workout resulting in MAXIMUM calories burned in the shortest time, as their primary training modality. Millions of health and fitness amateurs simply enjoy their form of cardio and strength training. They don’t get fatter for doing it IF their nutrition is dialed in. Millions lose fat doing basic, low-intensity cardio (even walking) and they add muscle by doing any of dozens of strength-training protocols that focus on injury-free progression of strength (even using exclusively machines – gasp!). The biggest problem I have is with respected leaders in the industry using their megaphone-reach of communication to misinform and confuse the readers who simply don’t know any better.