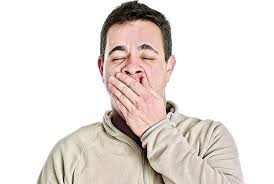 28.3% of adults report sleeping six hours or less per night. Studies have indicated that the prevalence of those sleeping less than six hours a night has significantly increased in recent decades. Sleeping six or less hours a night is a risk factor for higher body mass index (BMI) and a predictor of greater weight gain. This relationship may be stronger for men than women.
Both behavioral and physiological mechanisms are involved in the relationship between sleep duration and weight gain. Short sleepers (those getting less than six hours of sleep in 24 hours) exhibit increased levels of ghrelin (an appetite stimulating hormone released from fat cells). As ghrelin goes up self-reported ratings of hunger and appetite go up right along with it–specifically for foods with high carbohydrate content.

Sleep restriction, by and large, increases the drive for higher fat and/or higher carbohydrate food and drink and this commonly results in greater consumption of junk foods and snacks. Being sleep deprived also increases our sensitivity to food images (think junk-food marketing) with our reward and anticipation centers of the brain exhibiting greater activation.
The longer we’re awake the more calories we consume. The more calories we consume the slower our weight loss or the faster our weight gain depending on the magnitude of the additional calories consumed from being awake.
In the largest sample of healthy adults studied to date under controlled laboratory conditions, published in the journal “Sleep, Vol.36, No.7, 2013”, sleep-restricted subjects gained more weight than control subjects. Among sleep-restricted subjects African Americans gained more weight tan Caucasians and males gained more weight than females. As expected, those who got the least sleep, and were awake the longest, consumed more calories than those who got more sleep and were awake fewer hours.
The study reported that sleep-restricted African Americans were particularly vulnerable to weight gain and the authors stated that African Americans are more likely to habitually sleep less than six hours per night.
Other recent research has highlighted the critical contribution of meal timing to weight regulation. Even when total calories for a 24-hour period are the same between two individuals those who consume more of their calories during periods they would ordinarily be sleeping gained more weight.
In conclusion getting more than six hours of sleep most days of the week is strongly recommended for everyone and especially those seeking better weight control or weight-loss results.
Primary Source (http://www.ncbi.nlm.nih.gov/pubmed/23814334)