In this edition read food labels to stay thinner, solutions for shin splints, motivation, radical approach needed to solve obesity and another reason why the caloric burn of exercise may not be its greatest contribution to weight loss.

An international team of scientists headed from the University of Santiago de Compostela has found that reading the labels on food products is linked to obesity prevention, especially in women. According to the study which used data from the United States, female consumers who consult food labels weigh nearly 4 kilograms less.

The researchers also found that smokers pay less attention to labels than non-smokers. This is likely a result, as a whole, of smokers being less health-conscious as a group.
They also found the impact on women’s bodies and weight was more pronounced among label readers when compared to men who read labels. http://www.sciencedaily.com/releases/2012/09/120913084813.htm

Shin Splints – What Are They? What To Do About them? 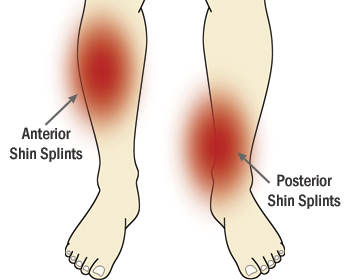 Shin splints suck. I had them all through grade school and high school. I eventually was at the IL State Police Academy and since it’s para-military we had to run every day twice a day. My shin splints were SO bad my shins were swollen to about twice their normal size. So they sent me to a foot doctor – it was either that or be removed from the academy – no one gets to sit on the side lines there.
So I went to the foot doctor and he said “You’re a pronator. Here, try these inserts.” They were a pair of SPENCO ORTHOTICS for arch support and to help prevent the arch from collapsing during the pounding of running. I about rolled my eyes but took them and put them in my shoes.
I’ll be damned – it was almost instant – and in about a week all the swelling was gone and I ran with no pain for the first time ever.

What I find are these things helpful for shin splints:

1. The best pair of shoes for running you can buy (figure out how to afford them) with a proper foot and running-form evaluation at a true hardcore running-shoe store or by a podiatrist. Too often people cheap out on their running shoes or they don’t replace them often enough. If you’re running a lot every three months replacement isn’t too much. Asics Kayano Gels are excellent for many runners.
2. Compression socks – not a cure all and won’t work for everyone – then again, what does? Go to a TRUE running store and ask about them.
3. Go to a podiatrist and ask to be evaluated for a proper shoe or insert
4. There are strength training exercises many have done and gotten decent or permanent relief from shin splits. Here is one of many articles on the subject – pretty decent and exercises pretty similar across the board for what MOST do who try strength training for their shin splits. http://tinyurl.com/3epad5n
5. Icing is good anytime you have shin-split pain and ibuprofen can be used but I don’t recommend it if you are using it daily for pain – you need to get to the root of the problem as daily use ibuprofen is not very good on the gut.

With respect to our obesity epidemic Professor John Wilding calls for “a radical approach … backed by strong legislation influencing food production and marketing, and ensuring the built environment and transport systems are designed to encourage active living.”
In summary, he says “obesity is a complex disorder with both genetic and environmental causes. The predominant driver is environmental, and changes to the environment will be essential if we are to tackle the current epidemic.”
I agree with Professor Wilding that what many may feel is a radical approach is the only thing comprehensive enough to make a dent in our national obesity epidemic. Tweaks and “pretty pleases” won’t be enough. http://www.sciencedaily.com/releases/2012/09/120911200520.htm

Exercise – Again Chicken Or The Egg?

New research out of BYU shows that 45 minutes of moderate-to-vigorous exercise in the morning actually reduces a person’s motivation for food.
My contention is that caloric-burn from exercise may be only 50 percent of the benefit of exercise for the weight-fighter. A weight-figher is someone who has battled their weight longer than 12 months without significant progression toward their goal. I believe 50 percent of exercise benefits for the weight-fighter involve increased consciousness surrounding food desire and food choices. Two other blog posts I wrote here earlier provide more information on this subject. https://lluniversity.com/433/thursday-science-nutrition-nuggets-10-06-2011/ and https://lluniversity.com/626/thursday-science-nutrition-nuggets-11-10-2011/
And contrary to the popular sentiment around exercise of “working up an appetite” the researchers found this to be true instead …

Interestingly, the women in the experiment did not eat more food on the exercise day to “make up” for the extra calories they burned in exercise. In fact, they ate approximately the same amount of food on the non-exercise day.